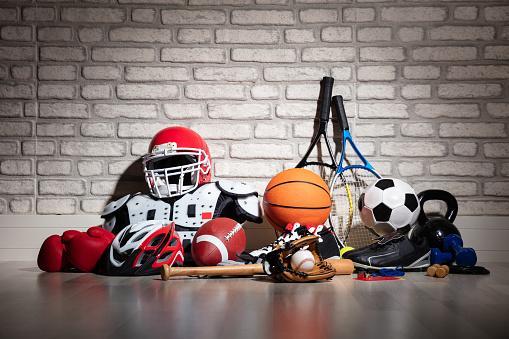 We love sports. We love playing different games, going to the gym, running, cycling, etc. More people love watching sports events, different championships, and betting on their favorite teams. It gives us a tremendous amount of adrenaline. If you enjoy feeling the adrenaline, then test your luck at the casino online. If doping is prohibited and tests are taken to find out whether there are some or not nobody said about the technologies that can also bring the sportsman to his desired victory. We have brought several technological helpers in different sports.

On January 10, Belgian cyclist Femke Van den Driesche won the Belgian U23 Women’s Cyclocross Championship. She was ahead of the nearest pursuer by 19 seconds. 20 days later, the girl participated in the World Championships but did not finish the race. Her bike broke. After the race, they found an electric motor in it, which was hidden in the frame of the carriage and was connected to an external battery. At the right moment, the cyclist pressed the button, and the motor gave rotation to the pedals. The engine is not powerful and not able to work for a long time. But at the decisive moment, it really helped. When on a steep climb all the athletes got up to put more pressure on the pedals, but only Van den Driesche remained in the saddle. It is with a seated cyclist that the motor works most efficiently.

Rumors about technological doping in cycling have been circulating since 2010, but it has never been possible to catch athletes cheating. It would be possible to identify crooks with the help of a thermal camera: a running motor heats up the frame at the pedals and with infrared shooting, this area would turn out to be bright orange. But this is extremely difficult and unreliable.

For the first identified case of technological doping, the girl was disqualified for six years. The career of the 19-year-old athlete and European champion is ruined. The International Cycling Union has begun testing with magnetic resonance scanning, which sees the magnetic field of the motor. During the first test of this system, Van den Driesche’s deception was discovered.

The most famous technological dope is the LZR Racer swimming suit. After the 2004 Athens Summer Olympics, the British company Speedo asked NASA to test 60 new materials in a wind tunnel. During the tests, they tried to reduce the fluid friction force. they got 25% of the total resistance to movement in the water. After tests, it was possible to reduce it by 6%. The LZR Racer was completely waterproof and did not release air. So the person became more buoyant. The larger the area of ​​the body covered by the suit, the more efficient it worked. If the swimmer was large, then he received an additional bonus for buoyancy.

The costume, which took as long as 30 minutes to put on, was allowed to compete. The results were amazing. Almost all the medalists of the 2008 Beijing Olympics were wearing the LZR Racer. At the Games, these suits set 23 out of 25 new records, and at the 2009 World Championships, they broke another 43 records.

After 93 records in 2008–2009, the International Swimming Federation banned the LZR Racer. The rules of the competition have been supplemented. Suits must be only made of textiles and without zippers. For the 2012 Summer Olympics in London, the LZR Racer was adapted to the new requirements, but the athletes did not show such impressive results in them.

In 2012, BMW designers began to create a new bean shape for the American team. Athletes competed on 20-year-old structures and received only two gold medals in five Olympic Games. To get to the bottom of the issue, engineers rolled the chute 70 times. Then tested prototypes in a wind tunnel, and scanned athletes’ bodies to create the perfect seats. As a result, the carbon fiber bob turned out to be too light. To make it meet the standards, space was left at the bottom for 50-kilogram lead plates. They are moved either to the nose, to the center, or to the tail and thus change the behavior of the bean in the gutter.

The national team dreamed of the first gold in the men’s doubles race since 1936, but in Sochi, the Americans took only three bronzes and one silver.

Technology helps athletes not only at competitions but also between them. In 2007, Loughborough University professor Mike Kane claimed to have created a uniform. It would help rugby players recover faster from matches and practice. Its fibers allegedly had a negative magnetic field, stimulated blood flow to the muscles, and removed lactic acid, which is formed in them during exercise. According to Kane’s logic, a rugby player in the ionized form will rest faster, start training earlier and perform better, and his peak load will be 2.7% higher than average.

The World Anti-Doping Agency had no claims since there was not a single scientific publication on how changing ionic charges or magnetic fields affects the results of athletes. The English club “Portsmouth” decided to test the form on their athletes. In 2008, he won the FA Cup, which he last won in 1939. The Guardian journalist tried the uniform on himself and ran up a steep climb in it. After the run, he felt better than usual. What Sports Can Teach Us About gta5 game exited with code 0x0? The Next Big Thing in Configuring VLAN router

The Ultimate Glossary of Terms About ethernet red light